The books were collected on June 2nd 2014 and a book signing was soon arranged at the Bowling Green.for the 11th. The day was a great success and the place was packed, what a great start! Further signings were planned but were put on hold when Pats health deteriated and a fall meant him going in hospital.

Sadly Pat passed away on August 13th after spending a few weeks in hospital.

When Pat left the railway he had a second career as a tennis coach and so his funeral was packed with his many friends. Pat never married but left a brother and sister for whom I am continuing to sell Pats remaining books. 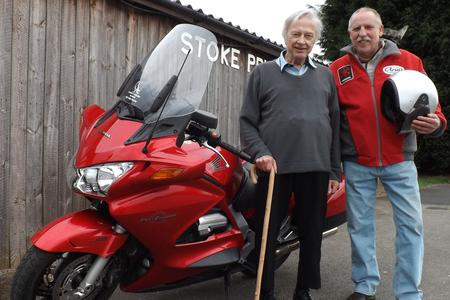 Pat on J​une 2nd, delighted with his book. 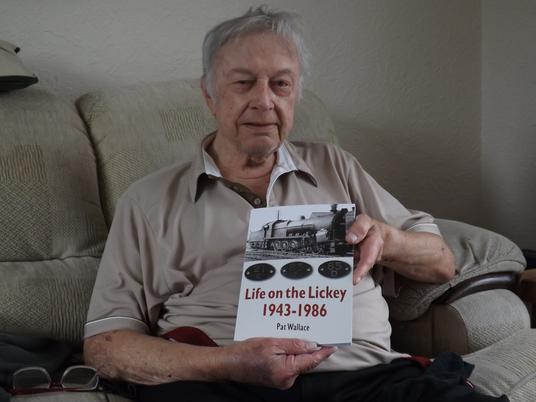 ​Pat signing a cheque with Alan Brewin looking on. 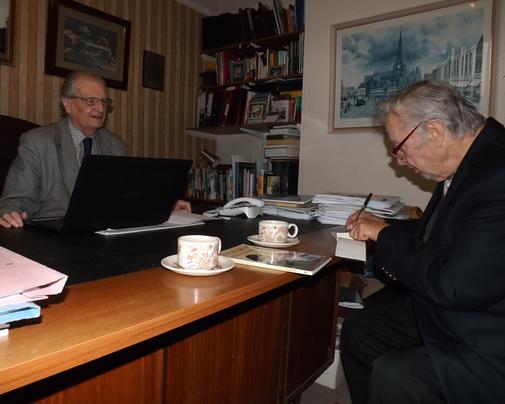 In 2011 the first Bromsgrove Railway Reunion was held at the Washford Mill, Redditch. I met Pat Wallace again here for the first time in many years and we vowed to keep in touch. We met up regularly after this at Pat's house in Bromsgrove and I showed Pat the newspaper cutting that I had of the last day of Bromsgrove as a depot in 1986. I pointed out that he said to the reporter that he might write a book and offered to help if he was interested. Pat said he still had his diaries somewhere and they were found for my next visit. The diaries were from 1947 to 1959 with an odd one for 1961 which contained booking on and off details but not much else, the following week we made a start and met up almost every Thursday from then on. We gave the book a working title, Life on the Lickey and Pat liked it so much that he decided that would be the title with the addition of 1943-1986.

Pat admitted he should have written the book many years ago when his memory was better but we called on former colleagues to help fill the gaps and had many enjoyable hours reminiscing. After two or three hours working on the book we would adjourn to the pub for a drink and a bite to eat firstly at the Court Leet which we were surprised to find had some local railway pictures on the wall then at the Bowling Green at Stoke Prior.

We eventually had over 42000 words and with Pat's health failing decided to finish it there and find a publisher. We didn't have to look far as I had a good book about Monument Lane shed by Tony Higgs, a fellow Engine Shed Society member, published by Brewin Books and after a recomendation by Tony we got in touch. The initial meeting with Alan Brewin went well and we decided to look no further and accept Brewin's offer.

With the contract signed and a cheque handed over it was a six month wait, and two further cheques, before the book was published. Eventually Darryl Lucas and I went over to Redditch to collect the 500 copies of the book that Pat had agreed to pay for. Back at Pats the first box was opened to reveal a very good quality book which we thought was a bargain at £10-95. Pat was over the moon.

The book tells a little bit about Pats early life and how he started on the railway. It then continues with details of the jobs he worked, the men he worked with and locos he worked on up until 1986. Three galleries of photos are in the book with about 100 pictures of both steam and diesel. 112 pages of text plus 46 pages of photos make up the book.. 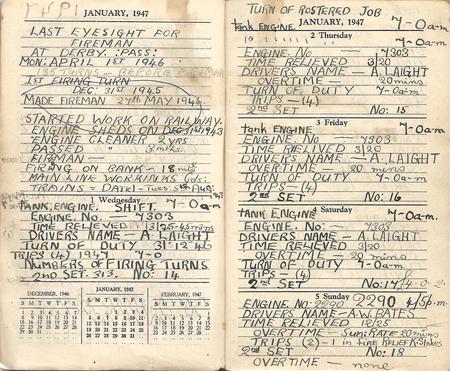 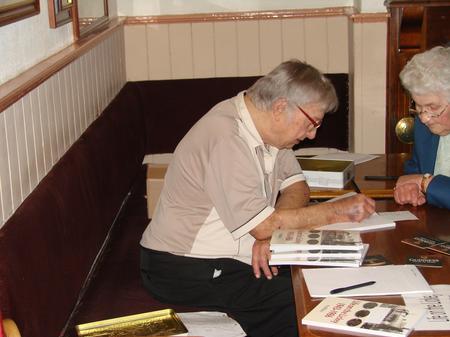 ​After fifty years Pat met up again with Ex Bromsgrove fireman Alan Butler at the Bowling Green, Stoke Prior.